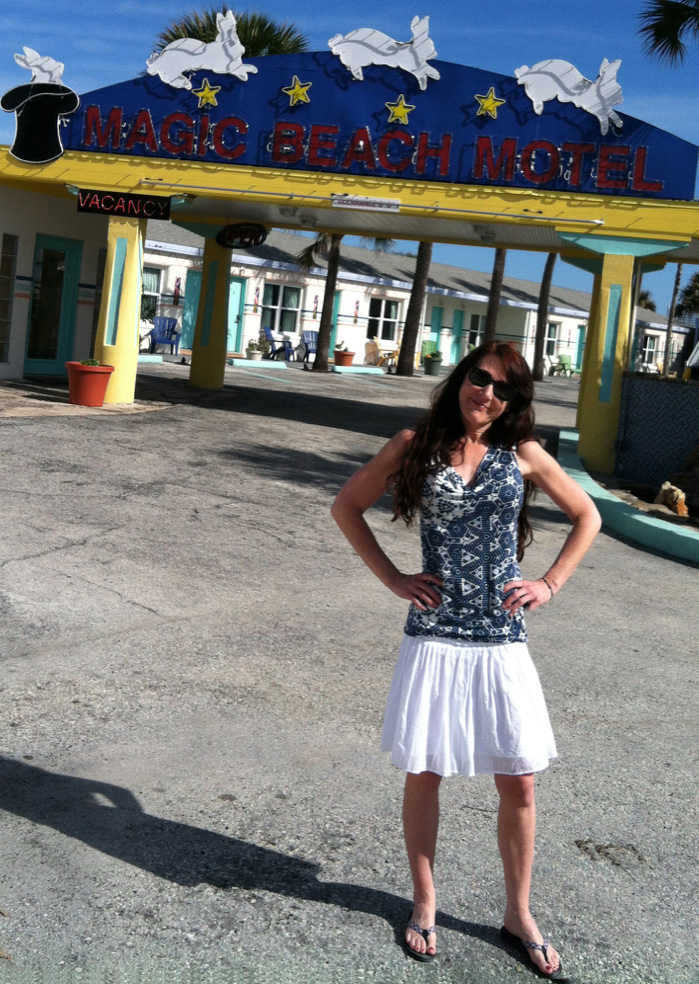 Anyone who knows me knows that I wear them all year and that Reefs are a borderline religion for me, but June 14th is legitimately National Flip Flop Day, so slip on your favorite pair and allow me to enlighten and entertain you with some fun facts about the world’s #1 shoe choice. (Starting with that one!)

The (short!) story of flip flops.

Flip flops made their U.S. debut when soldiers returning from WWII brought them back from Japan, but credit for coining the onomatopoeia term “flip flop” goes to 1950s America. They surged in popularity after the Korean War, and by the 1960s, they were mainstream unisex footwear. Irony: I couldn’t wear them to school when I was growing up in Hawaii. #truestory

The world wears how many pairs of flip flops?!

Flip flops are sooo much more than footwear…they’re a way of life. Devoted wearers (diehards?) like me consider them essential to life…my feet would feel die, or at least feel claustrophobic, if they were locked into actual shoes full-time. I panic a little inside just thinking about that.

If that sounds silly, I assure you I’m not alone in my loyalty to flip flops: over 3 billion pairs (yes, really) are produced and sold annually worldwide. They’re the #1 footwear choice in India, China, Africa, and arguably, the world. The lighter takeaway is that flip flops are clearly beloved. The darker takeaway is their popularity includes a percentage of people who have no other choice, because poverty, but that’s a topic for another blog.

The true beauty of flip-flops (besides the fact that they go with everything and take two seconds to put on) is their universal nature. From infants to centenarians and beggars to millionaires, anyone and everyone can (and does) wear them, and from sporty to fancy, casual to formal, the beach to the mountains, hiking the Pacific Northwest to walking the red carpet, flip-flops can do it all. (They just can’t go anywhere, as confirmed above.)

Flip flops and the oceans are frenemies.

Flip flops are the best beach footwear, without question! Like, who even thinks about wearing anything else? But…they’re also one of the biggest ocean pollutants, especially off the East African coast. The cool thing is that a lot of hella dedicated humans are working really hard to get things under control and turned around. The scary thing is that without their continued effort and the rest of the world cleaning up their surf turf (you too, U.S. A.), discarded flip-flops will devastate the marine ecosystem to the point it can’t recover. Whales and dolphins and fish are trying to just keep swimming, but they need help, and it’s kinda serious. NOAA already tracks the five massive floating garbage patches formed by the 150 million metric tons of plastics—including flip flops—that were already in the ocean, and 8 million metric tons are added every year, so it’s also kinda urgent.

‘Kayso, on the flip side of environmentally irresponsible humans are amazing ones like the artists of Ocean Sole Africa. You know how your grandma always told you to make lemonade out of the lemons that life hands you? Well, they flip the flop and make super cool art and other beautiful functional things out of trashed flip flops that you can actually buy online in the U.S. If you’re elsewhere in the world, there are retailers who sell Ocean Sole products. Oh, and when you buy their stuff, it helps create jobs for people in a country with 40% unemployment. That doesn’t suck.

More lemonade: old flip-flops can be recycled, so before you throw them in the trash (OMG, please don’t throw them in the trash!), here are a few recycling ideas from the Goddess of All Things Domestic herself. And yes, I mean Martha Stewart. LOL, what the hell kind of amateur hour did you almost think I was running here?

The good news is that algae-based and other biodegradable materials are being developed and used more, so yay! One company that actually makes new flip flops from ocean waste (1 pair = 1 lb of plastic that won’t end up in a dolphin’s belly) is Subs, so mad props to them for being at the forefront on something that’s a pretty big deal.

Books about the flip flop life:

And that, my fine people, is how the flip flops in The Bethiverse, so for more fun, be sure to subscribe to my blog and follow me on Instagram. Grazie!

1This is an updated and edited version of an article posted on ThriftBooks.com for National Flip Flop Day 2018.