How Hedy Lamarr Changed the World

How Hedy Lamarr Changed the World 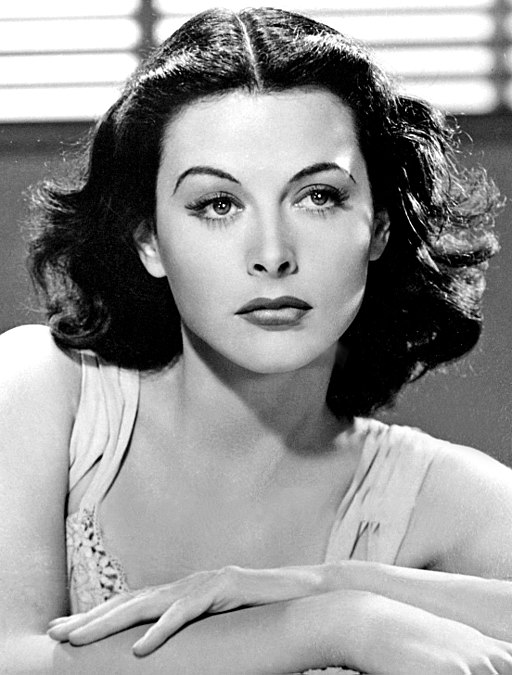 Who was Hedy Lamarr?

If you’ve never heard of Hedy Lamarr, it pains me that you’re not alone, so I’m making it my mission to change that. She’s best known for being an actress, but that’s not how she changed the world. Among other things, she was a brilliant inventor who shaped the future with her ideas, and every time you use your cell phone, Wi-Fi, Bluetooth, or GPS, you have her to thank. Her most famous invention was US Patent 2,292,387: the technology that made those things and more possible. Read on for more about the exceptional woman you’ll want to thank the next time you get a text. (Unless it’s from someone lame, but that’s not on Hedy. 😂)

Actress Hedy Lamarr was a Hollywood icon who was Austrian-born to Jewish parents. Her reputation as “the world’s most beautiful woman” and the femme fatale roles she played during her two-decade MGM career belied her brilliance. In fact, it was boredom with her stereotypical lines and lack of acting challenges that led to her becoming an inventor. While her co-stars worked on their tans, scandalously slept with each other, and abused various substances, Hedy worked on coming up with the system of wireless communication that became the foundation of cellphones, GPS, Wi-Fi, Bluetooth, ship-to-ship communication, and even guided missiles.

Hedy forged a note from her mother when she was 16 to get a job as a script girl. This led to her being cast as an extra. A speaking part followed, as did Austrian, German, and Czech roles, including the lead in “Ecstasy,” a controversial film that depicted the first onscreen female orgasm. (56 years before the pie scene in “When Harry Met Sally.”)

Catapulted to international fame at 18, Hedy married a wealthy Austrian ammunition dealer 15 years her senior shortly thereafter. Sadly, she realized her husband was a Nazi arms dealer, and her fairytale quickly turned into a nightmare. Hedy became a virtual prisoner cast in the surreal role of hosting Hitler and Mussolini at lavish parties thrown by her husband. She was forbidden to continue acting. However, she also accompanied him to meetings with scientists and military technology experts, which is what ignited her passionate talent for applied science and changed the future of communication.

After finally fleeing her husband by dressing up as her maid and escaping to Paris, she met Louis B. Mayer in London the same year. She signed a contract, moved to Hollywood, and changed her name from Hedwig Eva Maria Kiesler to Hedy Lamarr. MGM released Hedy’s first film in 1938 and her last in 1958. All told, Hedy appeared or starred in 30 films, as well as plays and television. And yes, she was beautiful, but her true legacy is her mind.

In addition to her own inventions, Hedy’s ingenuity also helped shape the biggest invention of one of her biggest supporters…Howard Hughes. While romantically involved at one point, the collaboration of their minds went beyond that. The eccentric billionaire believed in Hedy completely and gave her unlimited access to his team of scientists and engineers. In turn, a book on birds and fish inspired Hedy to design a more aerodynamic shape for his airplane wings.

It’s what she devised with classical music composer George Antheil at the height of World War II that paved the way for modern digital life. The two devised a secret communications system that encrypted radio signals, making it possible to transmit them without detection while preventing them from being deciphered or jammed.

Both transmitter and receiver simultaneously changed radio frequencies according to a special code. At each end of the transmission, identical paper rolls dictated the code according to their slot pattern. It was similar to the player piano, but it changed radio frequencies to make an unbreakable code instead of music. Granted US Patent 2,292,387 on August 11, 1942, Hedy and Antheil’s frequency-hopping spread spectrum technology laid the groundwork for modern-day communication.

Hedy married and divorced six times over the course of her life. She adopted a child with her second husband and had two more with her third husband. Her once thriving career declined and concluded with her last film in 1958. She continued inventing until the end of her life, retiring to Florida and living on the royalties she received from her 1966 autobiography, Ecstasy and Me.

The financial reward she and Antheil received for advancing the communication field was $0. Happily, they received the Electronic Frontier Foundation’s Pioneer Award and BULBIE Gnass Spirit of Achievement Bronze Awards before her death. The Science and Discovery Channels, Newsweek, and NPR have all featured Hedy. (The National Inventors Hall of Fame inducted Hedy and Antheil in 2014.) So, next time you check your phone or put an address in your GPS, remember Hedy Lamarr!

If it resonates with you, be sure to subscribe to my blog and follow me on Instagram for more inspirational thinks, obscure observations, practical life tips, and (hopefully) humor. Grazie, ciao!